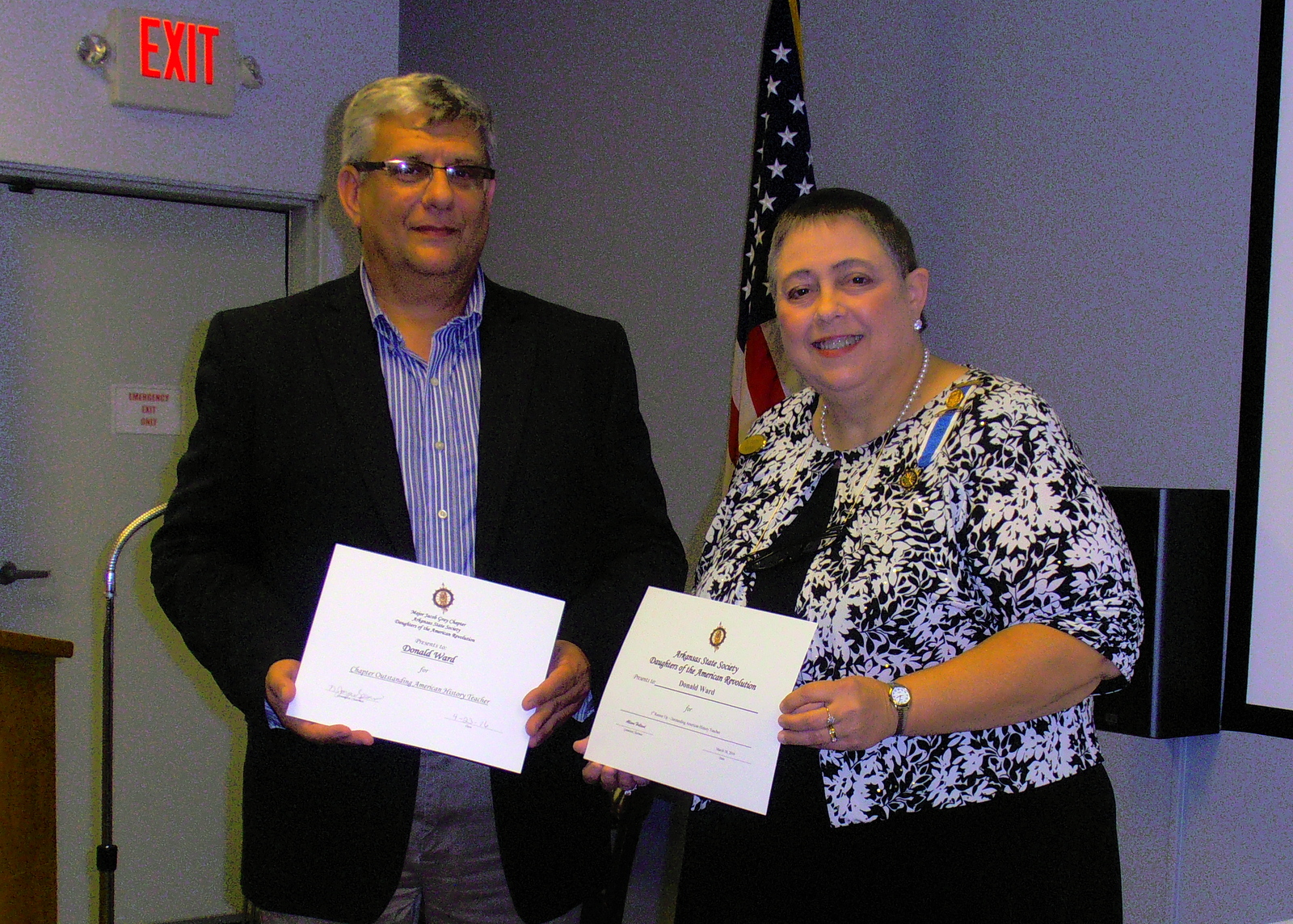 The Major Jacob Gray Chapter, Daughters of the American Revolution, recently honored a high school teacher and two seniors with awards. The teacher and scholarship awards were presented on Saturday, April 23 at the Military Museum in Jacksonville by Regent Jayne Spears. The Good Citizen award was presented on Tuesday, April 26 at Beebe Central Office by Mary Ford, committee chair and Regent Jayne Spears. 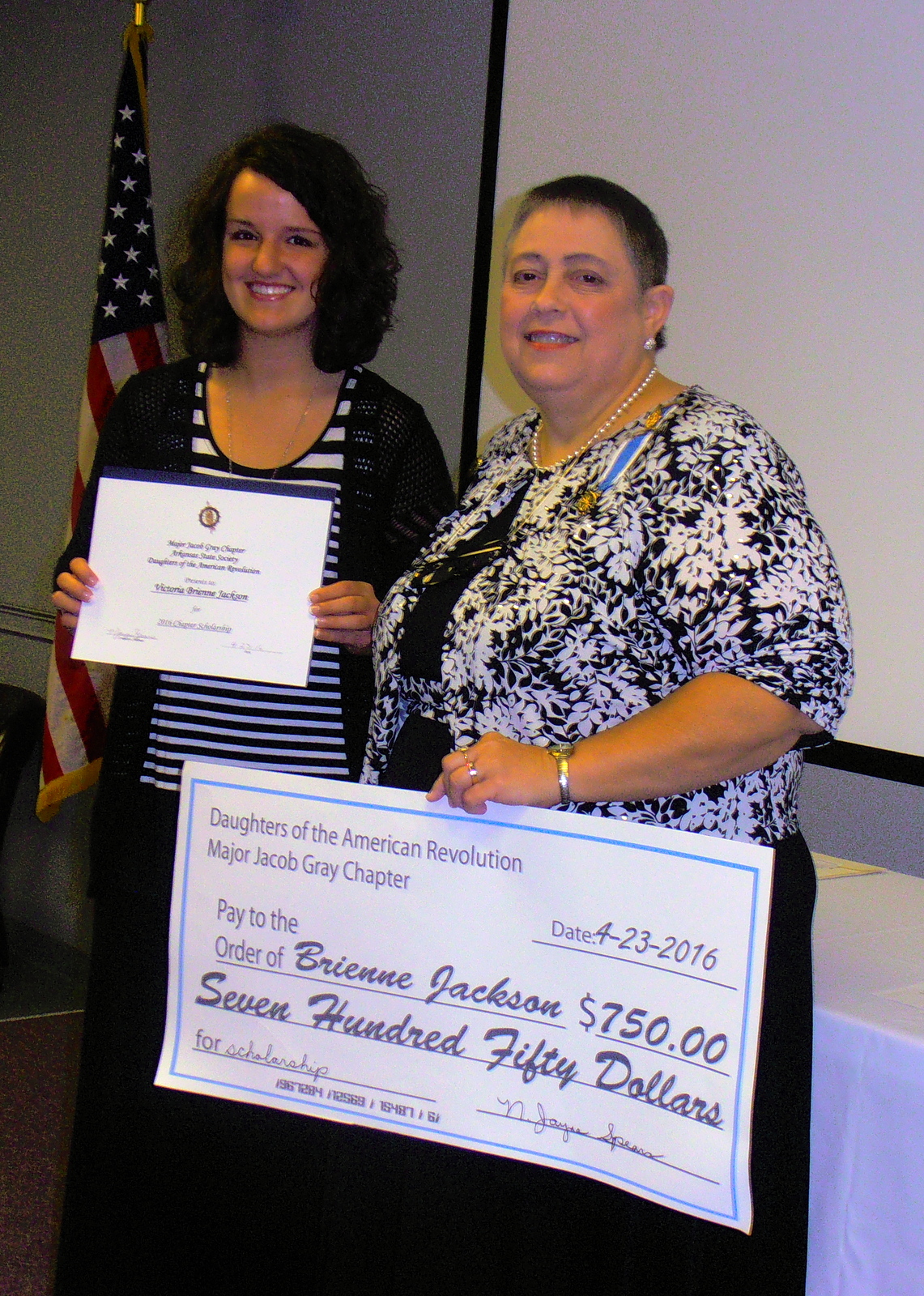 Brienne Jackson was selected as the winner of the Major Jacob Gray Chapter scholarship. She received a certificate and a scholarship in the amount of $750.

Joshua Salman was selected as the winner of the Chapter Good Citizen Award. He received a certificate, pin, card and monetary gift.

Congratulations to these three for representing Beebe Schools in such a great way! 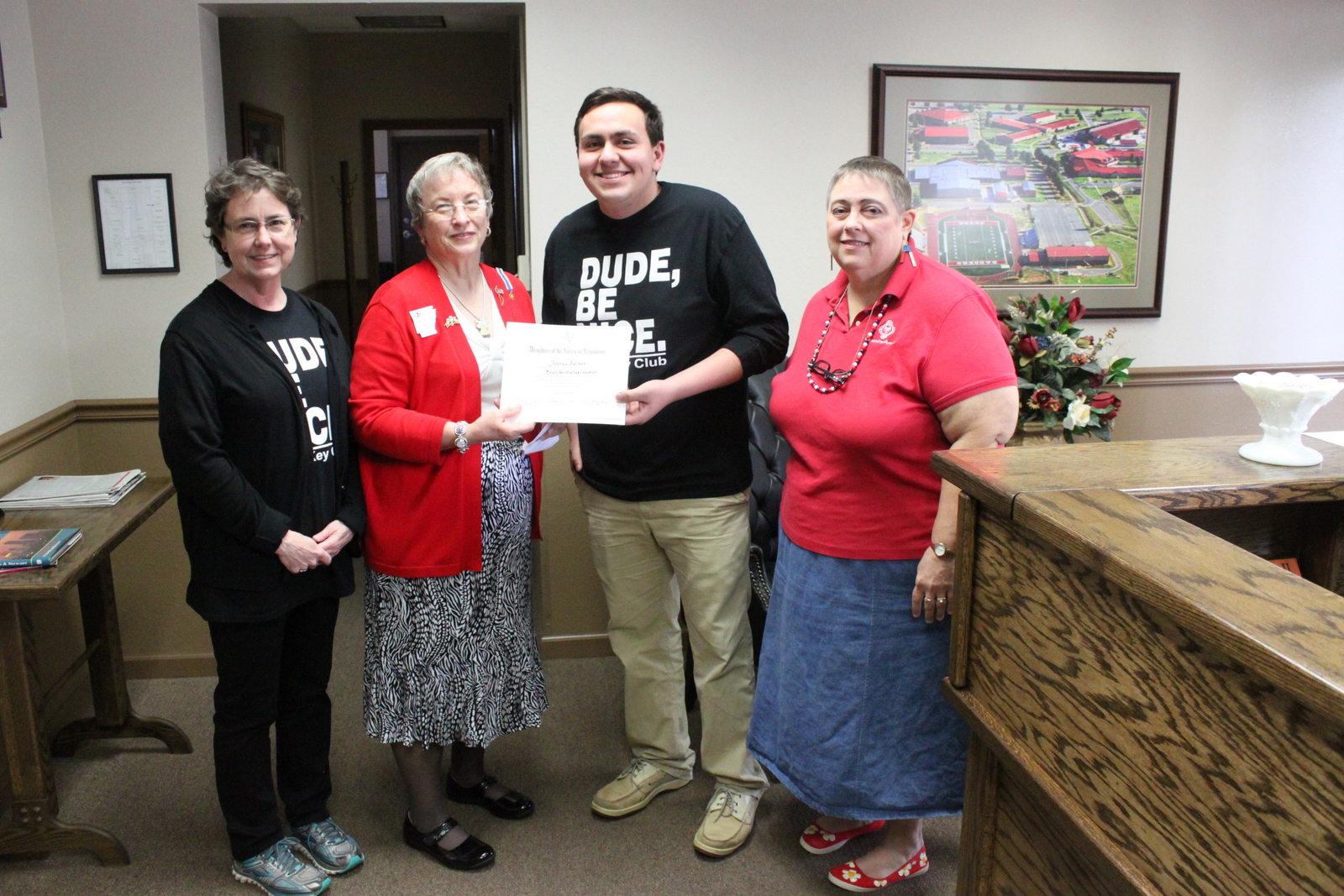